The story behind the poem: Chestnut Tree by Anna Blasiak 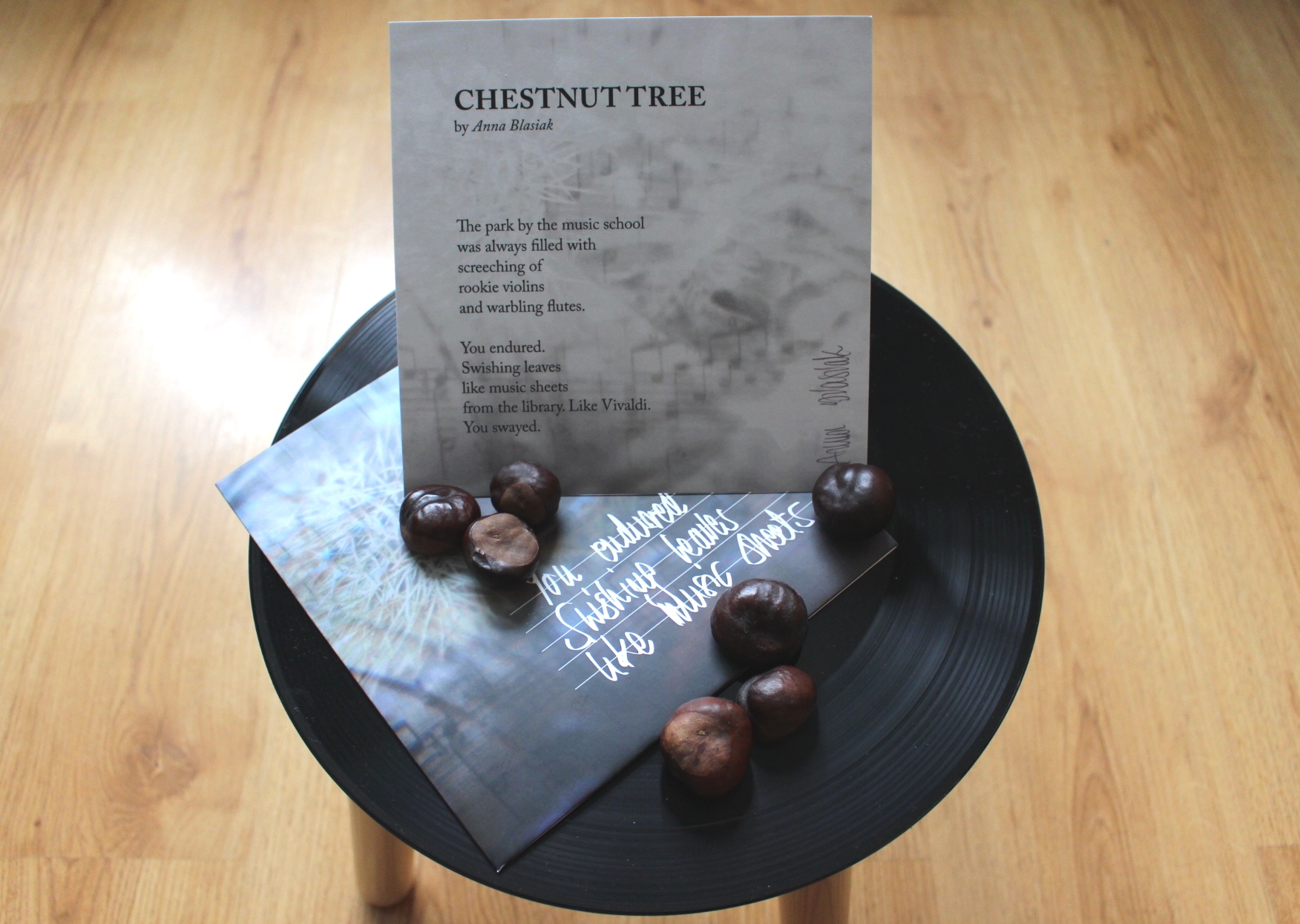 Anna Blasiak, the author of Moment Poetry poem #8, is the first non-native English speaker to be featured in the Moment Poetry series. As an established Polish-English translator she lives and works in the UK.

‘Chestnut Tree’ is a poem which uses its subtle simplicity to conjure a vivid mental image of the tree, occupying its spot in the park and becoming a part of the lives of its visitors. It is a poem which makes you feel more than think, and you can almost hear the sound of music and swishing leaves…

Anna told us what inspired her to write the poem:
“The poem was written as part of a set about trees and forests. I was up to my neck in reading on those subjects and thinking about places (with trees) that meant something to me, where something important had taken place in the past. And that led me to a memory of one very prominent tree, the chestnut tree in the park surrounding the music school in my home town in Poland, near the Baltic coast, Słupsk.”